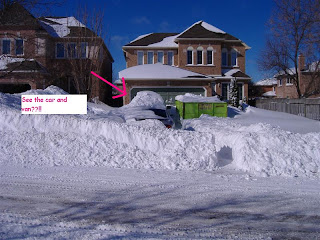 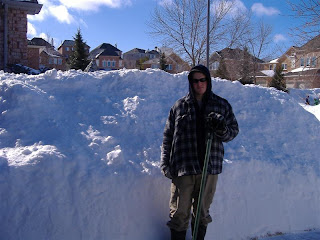 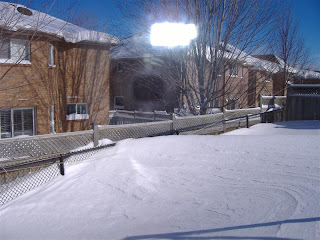 Here are some of the pictures I tried to upload after the huge blizzard we had a week ago - for some reason lots of people were having the same problem uploading, so my guess is that so many people took weather pics, that blogger got bogged down, haha.

The first picture is my neighbour directly across the street - there's so much snow in her driveway, that the van and car are completely obliterated. Next pic shows the snow at the side of the driveway after hubby and DS1 shovelled - that's a 6' pile of snow. Last picture - the snow is so deep in the back yard that it's as high as the fence. That was a LOT OF DAMN SNOW!!!!!
Posted by Sandra :) at 12:04 PM